Also referred as Djungarian hamster, the Siberian hamster or the Siberian Dwarf hamster. The most notable feature of the Russian Winter White Hamster is the presence of a thick dorsal stripe and the change of the coloration of its fur to white during the winters. They are the most widely kept pet in most pet shops and are extremely docile and friendly once domesticated. They also serve to be a perfect pet for both adults and children above the age of 11. They are not so easily domesticated and require adequate attention from their owners and lots of physical activity to keep them healthy.

The Winter White hamster has a less wooly coat than it’s Campbell counterpart and the coat has colorations of sapphire, pearl and milky white with a solitary dorsal stripe. Another unique feature about these hamsters are that the body keeps fluctuating throughout the year with the weight being its lowest during the winter. The Winter White hamster also sports a denser hide during the winters and also has a grey tint on their head. The eyes of the Djungarian hamster are generally black unless it is an albino in which case it is red. These hamsters too have pouches which can be used to store food and these too fluff to the length of their shoulders which to some extent hinders movement.

These hamsters are much more virile and sexually active than the Syrian hamsters and are able to become pregnant on the same day that they give birth. This is a survival strategy used by these rodents to produce huge number of offspring to carry forward their species. The pups shouldn’t be removed from their mother before three weeks of age and after this, frequent fights may erupt between the pups. The female hamster becomes increasingly aggressive after birth to protect the pups. The estrous cycle carries on for four days, meaning that the female will mate with the male within four days. There is no particular breeding season for these hamsters.

A glass or plastic aquarium makes suitable cages for this hamster. Add tubes and other form of extensions to the cages to allow the hamster to explore more. These are great for the Dwarf hamsters as they easily fit through the connecting tubes. Wood shavings should be used for the floor of the cage. Sawdust and cedar wood shavings should not be used as they may be hazardous for these Hamsters. Shredded paper and hay is considered to be the best bedding material. The cage should be cleaned weekly and any old food should be removed. If it is necessary to wash the cage then only use a cleaner specifically designed for cleaning small rodents cages. A food bowl and a drinking bottle will also be required to feed and water the hamster.

The cage itself could be furnished with items, such as a wheel, to provide exercising opportunity to the hamster. As hamsters love to burrow, a box filled three quarters full with shavings is ideal so they can burrow and tunnel as much as they like. They also like to climb. It is possible to provide plenty to entertain them with using household items, such as toilet roll tubes and boxes. The dwarf hamsters are also very fussy about their hygiene so keeping sand baths is also a must. Adding tubes and logs along the cage would also keep the hamster engrossed in tumbling over them.

These rodents are omnivores and have vegetables as well as meat in equal proportions in order to have a balanced diet and proper nutritional intake.  Acceptable greens that can be given to Winter white Dwwarf hamsters are celery, carrots, apples, broccoli, plums, peas, cauliflower, cucumber, zucchini, kale, bananas and beech. Dog biscuits, cooked rice or pasta can also be given occasionally to supplement their carbohydrate needs. To provide protein to them, they can be given small pieces of live mealworms, insect larvae, crickets, boiled egg, small bits of chicken and fish. Occasional treats like Cheese flavored Yogies, Hartz Bonanza Treat Stick, Crispy Honeybars and Treat Zone Dispenser Accessory. Occasional mineral blocks or salt licks can also be given as the hamsters love these.

Care must be taken that the hamsters are not given an excess of a particular nut as this will lead to obesity and nutritional deficiency. Also excess treats may cause them of not eating any of their hamster food. The cage in which the hamsters are kept should have non-toxic chew blocks to file their ever growing teeth. Dwarf hamsters are also prone to tumors and should be given extra care. They should also not be exposed to sharp things as they may injure their cheek pouches which might prove to be fatal. The Djungarian hamsters also suffer from severe bouts of dehydration, constipation and broken teeth. Adequate water and healthy diet should be provided to overcome these problems. 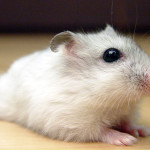 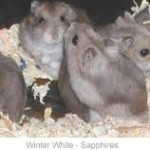 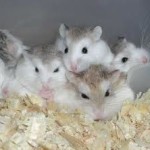 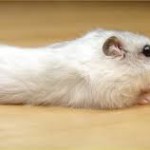 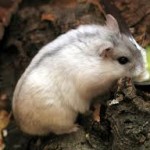 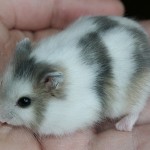 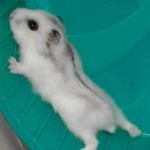 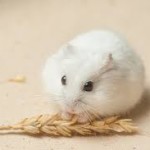 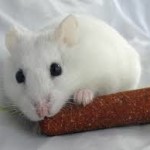 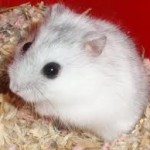 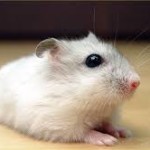 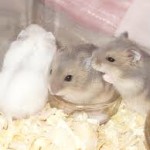