The Ciscaucasian hamster also known as the Mesocricetus raddei is a rodent species (family Cricetidae). The hamster is also known as the Georgian hamster and is found in Georgia, Russia. The northern slopes of the Caucasus, Ciscaucasia and the regions between Dagestan, Don River and Sea of Azov have widespread distribution of these creatures. The population of these hamsters is significantly large in the plain habitats. In the mountains, however, the hamster population remains stable. These hamsters are found in mountains as well as grassy steppes. They depend on pastures, cultivated land. Their natural habitat is usually in belts of trees, rough grass between the fields but they can be rarely found in dense woodlands.

Ciscaucasians are regarded as an agricultural pest that emerges at the dusk to feed on herbs and grasses in the spring and early summer. Dring the autumn months they like to feed on seeds, crops, and roots.

These are considered as pests as they cause severe destruction to crops. They are aggressive, sexually active.

Glass or plastic cages are apt to keep these types of hamsters as pets. It is not recommended to use sawdust, cedar wood shavings as these are detrimental to the health of the hamsters. Shredded paper or hay can be considered as the best bedding material. Weekly cleansing of the hamster cage should be done to keep it hygienic by cleaning the Food bowl and drinking water bottles are other essential stuff that needs to be kept in the vicinity of the cage to feed the hamster from time to time.

The hamsters are very active animals. To provide them exercising opportunities while in captivity, there should be an arrangement for toys like the wheel or a box filled with three-fourths full of shavings.

What do Ciscaucasian hamsters eat?

The hamsters are omnivore species and they require a balanced diet to stay healthy. Vegetables, fruits, sometimes meat and other edible items that have nutritional value constitute the diet for the species. 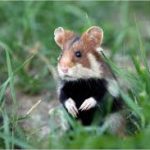 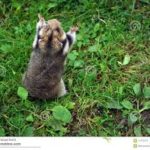 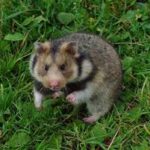 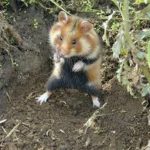