The Chinese hamsters have originated from the deserts of northern China and Mongolia.  These Hamsters are a delightful creature with the endearing habit of clinging to its handler’s fingers like a harvest mouse. They are a wonderful powerhouse of enthusiasm, playful in nature and highly intelligent. These pets are also very popular among pet owners all around the world and make fabulous pets for all age groups. By nature, they are really nervous when young and easily threatened. But once they have been tamed, they willingly show off their balancing skills on their owner’s fingers or climb up their sleeve and hang from their collars.

These hamsters grow upto 125mm with a tail length of maximum 20 mm. When compared to other hamsters, the body proportions of these hamsters are often referred to as long and thin.  The wild color has a brown fur with a black stripe down the back. The other colourations include a variant called the Dominant Spot species that has brown spots all over its upper body with a prominent brown stripe running down its spine. Another rare variation of the Chinese hamsters is found which has a black eye with white fur.  They have large dark eyes and tulip shaped ears with a prehensile tail.

The Chinese Hamsters become sexually active when they are about 5 weeks old. However, mating these little creatures becomes a tricky situation as mature females can be very aggressive towards the male hamsters. It is best to introduce them to each other on neutral ground or in the male’s grounds. The female only shows her pregnancy when she is just a few days away from giving birth. When she does show, she will look like she has swallowed a barrel. Female Chinese Hamsters give birth to a litter of 2-7 pups with no fur and all of them are blind. However, they mature fast and start growing when they are 5 days old and by 2 weeks they are absolute miniatures of their parents and are able to eat and drink independently. It is advisable at this moment that the owner should separate the males and the females.

The best housing for Chinese hamsters is glass aquariums with a close fitting lid and mesh. These containers can accommodate a decent amount of substrate into which the hamsters can burrow into. The best beddings for these hamsters are white paper shredding and wood shavings, though this is not advisable in case of juveniles. Aspen bedding, Megazorb, and some people also use a Gerbilarium type bedding that gives them a closer feel of their natural habitats. One of the most important ingredients of a hamster’s cage is a wheel. In case of Chinese Hamsters, the solid wheels are better than the spoked ones, as it mitigates the risk of feet and tail injury.

These hamsters are hyper-active animals and need a lot of physical activity to keep their energy balanced and also to ensure that they get adequate sleep during the day. The solid wheels are the best for this job as it will tire the hamster out and will also make them insane with happiness. Another marvelous DIY toy for hamsters are the cardboard rolls. Hamsters are overjoyed with these as they find these cardboard rolls similar to the burrows they dig in the wild.  Climbing frames and an open egg carton are also fantastic toys as these beautiful creatures will take joy climbing them and then jumping off them. Chewing blocks are also a fantastic pass time for these scurrying rodents. They love to gnaw and this also has an added benefit of keeping their hamster teeth trimmed.

Being omnivorous by nature, these creatures love to have vegetables and meat in equal proportions in order to maintain a balanced diet along with a proper nutritional intake. In the wild, the hamsters feed on a mix of shoots, vegetables, seeds, and grasses. However, these nutritional requirements can be easily supplemented by the use of a good mix of vegetables, and an occasional treat or two. Chinese Hamsters particularly love mealworms, earthworms, chickweed and dandelion seeds. Dog biscuits can also serve as a nice appetizer for them at times. Milky porridge some days might give them a nice change of taste to them.

Care must be taken that they are not given an excess of a particular nut as this will lead to obesity and nutritional deficiency. Moreover, excess treats may cause them not eating any of their favorite food. Chinese hamsters have a very common problem of wet tail which is characterized by diarrhea. They are also susceptible to respiratory illness.  If they appear listless or are not eating anything or even not behaving normally and showing signs of wheezing or  shaking, they should be taken to a vet immediately. 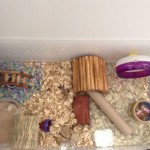 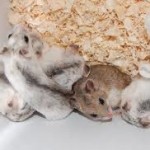 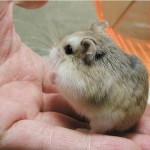 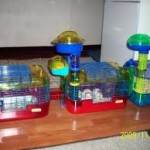 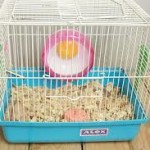 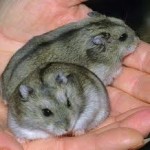 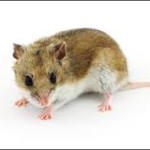 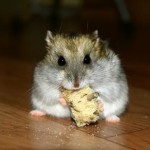