Campbell’s hamster derives its name from the collector of its first specimen W. C. Campbell in Mongolia. These hamsters bear a stark resemblance to its Dzungaria cousins as they have originated from the same species of dwarf hamsters. As they are extremely docile and friendly by nature, most pet shops keep large stocks of Campbell Russian Dwarf Hamster for sale. They serve to be a perfect pet for both adults and children. They are not so easily domesticated and require adequate attention from their owners and lots of physical activities to keep them healthy.

A typical wild dwarf hamster is almost 13.5 mm in length and has a tail length of 5 mm. It has stripes running down the center of its back. They have white fur on the belly and under their paws. These dwarf hamsters also scent mark their territories using glands located behind their ears. The Russian dwarf hamsters use feces and urine to communicate. Campbell’s dwarf hamsters have cheek pouches which are fully grown in 11 days and the dwarf hamsters can store food as big as the size of sunflower seeds in these pouches. When fully filled, these pouches fluff up behind the shoulder blades and provide some restriction to movement.

Dwarf hamsters exhibit much more sociable attitude when paired together with its own species. These start producing their first litters from ages of 4 months and can reproduce up to the age of 18 months. The gestation period for all dwarfs ranges between 18 to 30 days with 21 days being the average for almost all dwarves. These are highly virile rodents and the pair can mate again within 24 hours after the female gives birth to a litter of pups. Newborn pups do not have any fur, and their eyes are closed. They should be given at least 2 weeks before they grow a fur coat and they can move about on their own. The pups or the babies shouldn’t be handled during these 2 weeks as the mother hamster might end up abandoning the baby or worse, end up eating it.

They need adequate space to house, a cage with dimensions of 60cm x 90cm x 25cm is considered to be perfect. You will be happy to note that Campbell Russian Dwarf Hamster cages are available in different shapes and designs to choose from. When in the wild, they spend most of their time in burrows and other underground settlements. Hence, adding tubes and obstacles in the cage might give them a sense of familiarity with their original habitat. The bedding should be made out of tissue paper. An exercise ball should be also kept for these tiny balls of energy to satisfy their adrenaline pump.

These are highly active rodents and need a lot of physical activity to stay healthy. One of the best toys for a Russian Dwarf Hamster is the exercise wheel. Hamsters run when they are stressed out so wheels are the best stress busters for them. The water in their cages should be changed twice a day. The hamsters absolutely love two things, bendable bridges, and sand baths. These animals can use these to file their teeth and also use the sand baths to remove boredom, greasy fur and odor. Russian dwarf hamsters also require immense care when it comes to their hygiene. Sand baths are a must because these breed of hamsters love to keep themselves clean, so small gerbil sand baths are ideal sand baths for these species.

Being omnivores, the dwarf hamsters eat a variety of different kinds of food. In natural habitats, these dwarf hamsters especially feast on plant material however in captivity they can have non-vegetarian items too to supplement their protein requirements. For a Campbell Russian Dwarf Hamster, a regular diet of fresh vegetables and fruits is the ideal. Vegetables like kale, yarrow, chickweed and dandelion and raspberry leaves can be given.  A hamster in captivity can also be fed mealworms and earthworms, boiled egg whites and small pieces of boiled chicken. Some occasional treats for the pets include wheat grain and sunflower seeds.

Care must be taken that the hamsters are not given an excess of a particular nut as this will lead to obesity and nutritional deficiency. The cage in which the hamsters are kept should have non-toxic chew blocks to file their ever growing teeth. Hamsters are lactose intolerant and onions or garlic is particularly dangerous for these animals. Grapes and raisins shouldn’t be given to these dwarf hamsters because of their high levels of acidity and chocolate and other sticky foods shouldn’t be given as they get stuck in the hamster’s pouches and cause infections which may even lead to death. 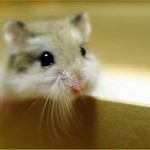 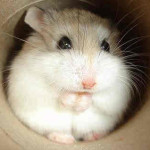 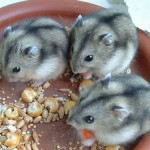 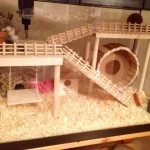 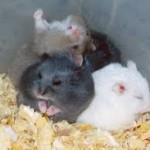 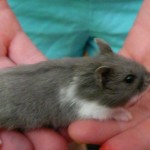 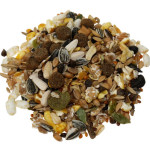 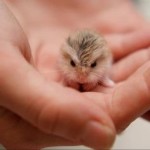 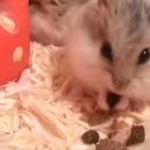