Roborovski hamsters also known as the desert hamsters or robos are the smallest and the fastest among the clan of dwarf hamsters. With a supreme adrenaline rush and high energy, these little animals can run equivalent to four human marathons in a single night. This is exactly the reason why they are always found on their wheels in most pet shops. Found in the desert regions of Kazakhstan, Mongolia and China, these little hamsters make adorable pets for the owner who has patience. These dwarf hamsters are massive hoarders and inhabit burrows with steep tunnels as long as six feet. They are not so easily domesticated and require adequate attention from their owners along with lots of physical activity to keep them healthy.

The Roborovskis are extremely similar to the Russian Dwarf Hamsters, but have unique characteristics which distinguishes them. Almost the same size, these pint-sized hamsters have white eyebrows like spots on the top corners of their eyes and do not have the dorsal stripe possessed by a Russian dwarf hamster. They have many variations in their coat colors the most common one of them being “agouti” while the other variations are called the white face, husky, mottled and pied. The teeth arrangement of these hamsters is different from the other breeds. The molar cusps are directly opposite and the incisors are longer than its related species of hamsters.

Roborovski hamsters become sexually mature by the age of 5 weeks. In the wild, the Robos have a season which spans from April to September and the female can give births to 3-5 litters of pups each litter containing a maximum of 8 pups. The Roborovski males being a very attentive father would prefer staying with the female during her pregnancy and after the pups have been weaned, the males can be left with the father and the females with the mother. It is always advised to introduce the mating hamsters in a neutral ground and only after they accept each other, they should be put into a clean tank with new bedding so that they can have a new place feel. The pups mature very quickly and by the end of 2 weeks they are absolute miniatures of their parents.

Although the tiny hamsters are highly active, their space needs to be huge to dissipate that energy. They love to race around their territory, burrow away in joy and do all kinds of activities throughout the night and sometimes in the day time too. Another thing to be kept in mind is that Roborovskis are extremely tiny and they can wriggle out of any spaces and are extremely difficult to catch when outside. So the perfect housing quarters for these hamsters would be glass aquarium tanks with wood shavings, aspen bedding, or corn cod bedding. A Gerbilarium mix can also be used as a Roborovski Hamster’s bedding. The bedding should be substantially deep so that they can burrow away in glory.

The Roborovski hamsters are the most energetic of all hamsters and have the quickest feet. Pertaining to their tiny size, solid wheels would be the best toy for them. They would be found almost all of the time in their wheels running away in joy. Cardboard tunnels and logs would also be the favorites as these creatures love to burrow and traverse through tunnels. The hamsters would also love a sand bath and an occasional bath in Chinchilla sand. Moreover, they would also require chew blocks to fill their sharp incisors. Toilet roll tubes are also a favorite for these Roborovski hamsters.

Roborovski hamsters are omnivores by nature and they need equal proportions of meat and vegetables for a holistically nutritional diet. In captivity, a good hamster mix is ideal along with fresh fruits and seeds to supplement their nutritional needs. For the meat part, an occasional meal of cooked chicken and cat food can also be given to them to suit their protein needs. The foods that can be given to these hamsters are Budgie Tonic seed, Hamster mixes, Pinhead Oatmeal, Linseed, Red millets, Hemp seed, Carrot, Broccoli, cauliflower, and cucumber. Roborovski Hamsters also need clean fresh water to be present at all times.

Roborovski hamsters have a tendency of catching cold from their owners. So if the owner is sick or has a stomach problem, then it is advisable to wash hands thoroughly before changing their food and water. Also, owners should not even handle them before they get well. Roborovski hamsters are very social animals, but when they have their own kind encroaching their territories, they might start having nasty fights which might sometimes be fatal in nature.  Too much consumption of fresh vegetables can lead to diarrhea. 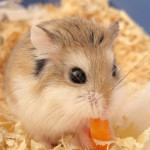 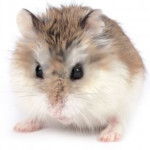 Roborovski Hamsters in the Wild 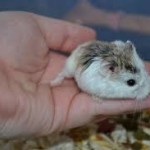 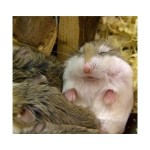 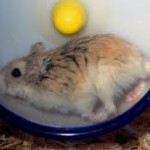 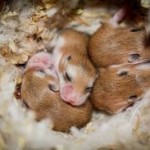 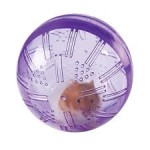 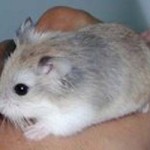 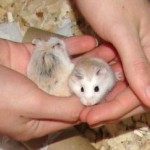