The Syrian Hamster, also known as the Golden Hamster or a Teddy Bear Hamster is found generally in arid conditions and is considered vulnerable in the wilderness these days. Their population has been declining due to increased encroachment by humans into their habitat. It is also among the most widely kept pets in most pet shops and is extremely docile and friendly. It serves to be a perfect pet for both adults and children. The Golden Hamsters are easily domesticated and require adequate attention from their owners and lots of physical activities to keep them healthy.

A Teddy Bear hamster is a nocturnal creature and much like all the members of its family possesses expandable cheek pouches which stretch up to its shoulders. The females are generally larger than the males. They are referred to as larder hoarders which mean that they transport food in their cheek pouches and can carry up to half of their own weight. These are highly territorial beings and have special glands around their hips to secrete fluids that they use to mark their territory. The colours of their fur coat depends upon the pattern mutations.

Syrian hamster’s breeding age starts when they are 28 days old. However, it is not advisable to put a male into a female’s cage during the mating period. It is best advised to put the male hamster in a cage with adequate bedding and then introduce the female. The mating also needs to be done during the evening, preferably during sundown because hamsters are nocturnal animals.  They should be kept till the time one starts showing disinterest after which they should be separated. When the infants are born, they do not have fur and their eyes are not open. They should be given at least 2 weeks before they grow a fur coat and they can move about on their own. The pups or the babies of Syrian Hamster shouldn’t be handled during these 2 weeks as the mother hamster might end up abandoning the baby or even worse, end up eating it.

Its natural habitat is usually a large area where it actively keeps running around. Hence, while taming a teddy bear hamster, you need a big space to house. A cage with dimensions of 59cmx36cmx25cm is considered to be perfect. The hamsters are also very solitary animals and need a house to hide away and sleep in peace. Ladders and tubes inside their cage give an added place to the hamster to satisfy its inquisitive instincts and explore. A good substrate like rodent safe wood shavings is required to soak up the urine and maintain the hygiene of the cage. The bedding should be made out of aspen, hay or paper tissue. Cotton wool should be avoided as there is a risk of the hamsters chewing and choking on the cotton wool.

These are highly active rodents, therefore, need a lot of physical activities to stay healthy. One of the best toys for hamsters are an exercise wheel. An appropriate size can be found to watch your hamster run away in glory inside the wheel. Also, cardboard boxes, logs and other obstacles which involve tumbling and climbing and exploring are great options for toys. Rodents continuously trim their teeth to keep them sharp and trim, so a piece of wood can be provided to gnaw their teeth. The water in their cages should be changed twice a day.

Hamsters are omnivores and display equal liking towards meat and leaves. A bit of boiled chicken can be added to the hamsters food or dry cat food can also be used once or twice a week. However the mainstay of a Teddy Bear Hamster’s diet consists of nuts and herbivorous elements. Broccoli, cauliflower, Carrot, Cucumber, dandelion leaves well washed and boiled, kale apple and carrot are some of the hamster’s favorite. The hamsters will also relish an occasional treat of milky porridge, chopped boiled eggs and scrambled eggs. The hamsters also would love an occasional mineral block or salt licks.

These highly active rodents are also prone to diseases. They have conditions called the Wet tail conditions during which they should be kept clean and warm. The hamsters should be also never kept near television as the sounds may irritate them and cause health problems. Care must be taken that the nails of the hamsters are not overgrown. They should also be never be allowed to stay cold for long because below temperatures of 5˚F they will go into hibernation. So during winters they should be placed near a heating pad or the fireplace to keep them awake and warm.

Funny facts about the Species 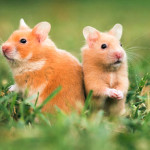 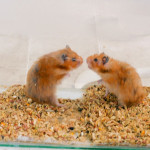 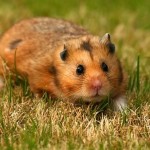 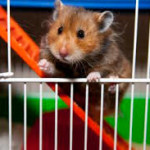 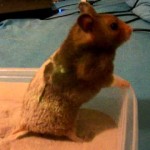 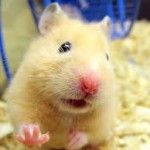 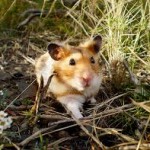 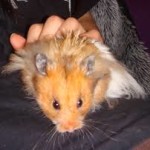 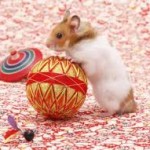 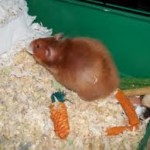 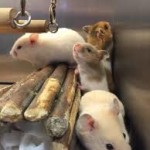 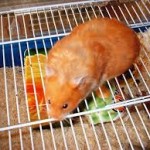